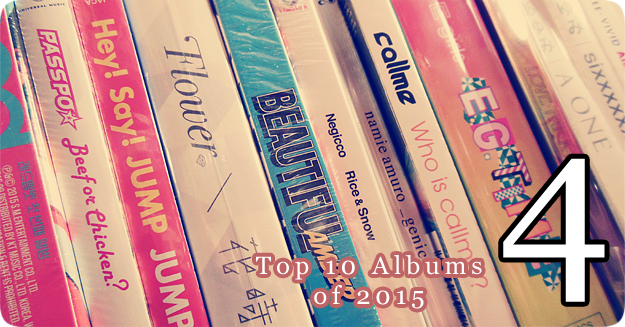 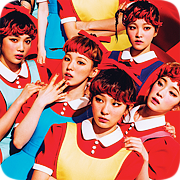 A lot of the criticism that Red Velvet gets stems from their perceived inheritance of everything f(x) lost with the departure of Sulli. They’re considered knock-offs, the worst kind, that don’t even get original material but hand-me-downs and rejects, the stuff f(x) probably took a hard pass on. But it’s impossible to compare the two when f(x) released such a dismal follow-up to two of the greatest K-pop albums of all time. I didn’t hate 4 Walls, but it certainly has none of the subversive elements of Pink Tape or ambition of Red Light. Even if you like both SHINee’s “View” and title song “4 Walls” despite the fact that they’re so similar (maybe that’s why you like them? I know I do), it’s hard to find redeeming qualities in duds like “Glitter” and “Traveler.”

On the other hand, label mates Red Velvet might still be considered rookies, but their album sounds more like what 4 Walls could have been if it wasn’t constrained by f(x)’s need to stay so Insta-hip. “Dumb Dumb” has the effusiveness of “Cheos Salangni (Rum Pum Pum Pum)” even when it doesn’t have any of the underlying mystery. Unburdened like their veteran superordinates, Red Velvet is able to embrace tried-and-true K-pop formulas like “Huff n’ Puff” and “Red Dress,” songs that might not be particularly special, but that have such high production value and catchy staying-power, it’s impossible not to find yourself scrolling past 4 Walls to get to The Red again. “Oh Boy” knows all the right ways to emphasize keyboard, while more R&B numbers finally perfect the group’s earlier attempts with “Automatic.” By the time “Cool World” hits, it’s easy to forgive SM’s relentless attempts to keep reminding you they created once-legendary group Girls’ Generation and would like to continue breaking out that sound just to remind you on “1 Day.” The Red might not be a perfect album, but it has so many hooks hanging on impeccable arrangements, it makes 4 Walls sound less and less the cool comeback it was supposed to be. It’s official: Amber too good, too pure for this world.