What should be one of the best months of the year for pop music is instead one of the most disappointing. Pickings were understandably slim this June: there’s not much to celebrate; clubs, concerts, and large gatherings of any kind are still verboten; and the fatigue of endless 90+ degree F humidity makes it very hard to appreciate all the sunshine we’re finally getting (at least here in the appears music lounge). That leaves very little inspiration for songwriting or incentive for labels to release jams of any kind. Nevertheless, here are some interesting releases, served for our still-responsibly-staying-at-home consideration — the rest of us can keep listening to Chromatica, I guess. 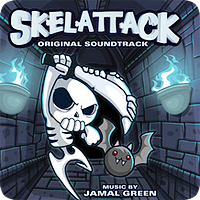 Since Danny Elfman is one of the most well-known and iconic producers of modern film soundtracks, it’s almost cliche to cite him as an inspiration, and borderline psychotic to attempt imitating his sound. Yet Jamal Green does just that for the soundtrack to the video game Skelattack. Full of all the moody atmospherics of the composer’s best horror soundtracks (and there are so many), the music is a fitting soundscape to the inherently all-ages, Tim Burton-theatrics of the game’s spoopy game play. It can all get a bit your local Michael’s Halloween arts-and-crafts aisle, but that’s always been my favorite aisle (outside of October, it’s the pen and marker one).

There were plenty of girl group comebacks to go around in June — and boy bands too — TWICE, IZ*ONE, and NATURE to name a few. Hot take: All of these were miles ahead of their male counterparts, who keep flirting with ways to sound more like their predecessors, with half of the motivation. As a long-time fan, I’m inclined to think WJSN’s NEVERLAND leads the pack. Though we have yet to receive a genuine, marketed-as “summer single” from K-pop, “BUTTERFLY” soars as close to that burning sun as we might get during this pandemic summer. (But it’s only June! Surprise me!) Still, we could do worse than the pastel brushstrokes all over these breezy watercolors. There’s nothing original about the title or concept art here, a very Anne of Green Gables meets Disney Golden Age, but I get enough pleasure and imagery out of mere words like “beach towel,” “popsicle,” and “Coppertone SPF50” to understand the power of sticking to the traditional, and very safe, playbook, the kind of joy sparked by the powerful pull of word association in touch and taste, in sight and smell, and in sound.

There are other artists out there who can do what Chloe x Halle do, but few who do it so earnestly. As two young women who debuted at the age of 13 and 15 respectively, we have been given the opportunity to watch them grow, smoothing out the wrinkles of identity and personality that we do. Ungodly Hour sees them now confronting some of the more complicated and unpleasant compromises of adulthood, with their signature downbeats and twinkling harmonies. There are bittersweet moments all over this album, including a youthful production that hints that as far as they’ve come, they still have a way to go; no one emerges a Homecoming-Beyonce before putting in the work of a Destiny’s Child-Beyonce. After naming The Kids Are Alright one of the top ten debuts of 2018, and spending some time with its follow-up, I’m happy to continue keeping my eye on this duo’s evolution and obvious drive not just to create something great, but to contribute something truly unique and singular to the genre. 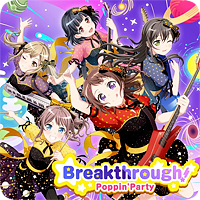 Like many anime and game idol-franchises before them, from Creamy Mami to the ubiquitous Oricon presence of iDOLM@STER, Poppin’ Party, the group from BanG Dream!, releases music to the public as any real-life band or idol. They are, after all, backed by real-life seiyuu like Ayaka Ohashi, who enjoy success through the mixed-media marketing strategy that easily parlays into solo careers. Because these groups are a dime a dozen now, and many up-and-coming vocalists will have gotten their start in one of these animated or virtual arenas, the music itself is instantly recognizable: upbeat, rock-driven, and lyrically focused on recurring themes of goal-setting, and the self-determination, drive, discipline, and relentless perseverance that it takes to reach them. Poppin’ Party already released one big compilation of their anthems last year, and it was fairly enjoyable. Breakthrough coasts on the same energy, but unfortunately filters out most of the personality that made Poppin’on! so memorable. This sieve-like effect, where the second round is similar enough to warrant consideration, but missing a vital essence, is nothing new for a concept that is now reaping diminishing returns with the sheer number of more-of-the-same options. It’s a genre in desperate need of some novel, revitalizing gimmick, and one that I eagerly hold out for in between high-quality, but self-congratulatory echo chambers like this. 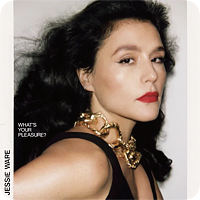 It’s nice to get the follow-up to Fever that we all deserve, and it’s none the worse for coming from Jessie Ware, who has released what is the best disco album of the year, and probably decade. This is actual disco, not electro-pop with some strings pinched into the production, or whatever modern K-pop tries to pass off as “disco-inspired” on occasion when it’s better off just being promoted as great pop. Ware brings a levity and seriousness to What’s Your Pleasure?, one that feels as grown-up, and uncool, music-for-adults as some of the best of the genre’s vintage origins. As someone who grew up with ABBA, I respect and admire the attention to detail and unwillingness to compromise on irony for the sake of a wider audience; Random Access Memories this is not, though de Homem-Christo and Bangalter could take some serious notes if they’re looking to craft songs that are more than just technical marvels, but beating hearts, too. 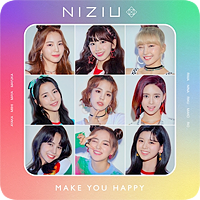 The Japanese idol business has had a steady influence on K-pop long before NiziU, from Girls’ Generation on up, but it’s the sound that seems to be the main talking point with NiziU, who made their (pre-)debut this month with “Make you happy,” the type of throwaway effervescence common among debuts from Red Velvet’s “Haengbok (Happiness),” to the aforementioned SNSD’s “Dasi Mannan Segye (Into the new world).” It’s hard not to root for them when they’re following in such hallowed footsteps. The J-pop connection is a bit muddier; the group sounds heart-whole K-pop here, with the precise cut and paste choreography of their contemporaries. A Japanese word in their name and harmony-less shouts don’t a J-pop idol group make. If anything, this EP sounds a bit like early Dal★Shabet, a “Mr. Bang Bang” send-up that makes me a little achey for a decade ago, when groups aimed to sound more like this all the time than “How Do You Like That.”