Every year the new releases keep piling up, and not far behind them is a long stretch of music history, staying fresh in memories with the sheer number of remasters and re-releases that grace our ears each year. With glossy new packaging and technological studio wizardry polishing up those dusty old master tapes, it’s easy to make the old look and sound just as fresh and exciting as any debut artist, with an added bonus: there’s no work involved in learning to love what is already familiar and comfortable, just a chance to re-appreciate a classic. Here are ten albums, in no particular order, that were remastered and/or re-released this year, across genre and language, that sound just as good as we remember, and now, even better.

Metallica: …And Justice for All [1988]
Metallica has been busy remastering their back catalog in chronological order, and in several formats that range from bank-breaking deluxe LP boxes to gate-fold digipaks sold for $5 apiece at Walmart. …And Justice for All is their latest, though anyone hoping for a louder bass line in the mix will be disappointed. However, …And Justice for All‘s infamous sound mixing is part of band lore, and to tinker with it to the extent that the entire soundscape would have changed would have fundamentally stripped the album of everything it is: the story of a band in turmoil, working through grief the only way they knew how; the last of an era. Of course, these backstory bits are fun, but unnecessary for enjoyment. What you’ll get here is the album exactly as it was released in 1988, just cleaner, louder, and with none of the surprises. Let’s hope we get a stateside remaster of the Black Album next.

Various Artists: Katamari Damacy (Original Video Game Soundtrack) [2004]
One of the most delightful video game soundtracks of its time, Katamari Damacy remains a beloved favorite of both gamers and J-pop enthusiasts alike. All of the jazzy, J-pop numbers, as well as iconic theme music are present on this gorgeous re-release, pressed onto vinyl by Mondo for the U.S. for the first time. First pressings that came in a glossy gate-fold on colored and swirled vinyl sold out quickly, but alternate second pressings continue to breathe new life into this masterpiece of game music. 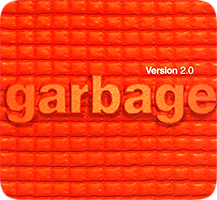 Garbage: Version 2.0 [1998]
One of the definitive bands of the 90s finally got their due this year in a 20th anniversary remaster of their Grammy-nominated second album Version 2.0. Containing the band’s most popular songs, the album was an instant classic that catapulted the band into stratospheric fame beyond what even their debut effort could have foretold. Everything from “I’m Paranoid” to “Push It” sounds crisp on this 2-disk/3-LP set that also contains all of the era’s B-sides. 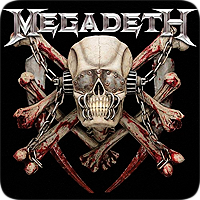 Megadeth: Killing Is My Business… and Business Is Good!: The Final Kill [1985]
This is not the first time Killing Is My Business has been remastered — most of Megadeth’s albums were re-released in 2004, along with a couple of anniversary editions following. The original remastered Killing, ca. 2002, censored the cover of “These Boots Are Made for Walking,” due to copyright claims, but it reappears here with rerecorded vocals and its original lyrics intact. In fact, many of the songs have parts that seem rerecorded. Purists claims this sullies the original release, and the whole point of remasters in general, but the trade-off is that it allows Mark Lewis to massage an impeccably modern, crystal-clear sheen out of what once sounded closer to a description Patricia Lockwood made about her own father’s guitar playing: “like a whole band dying in a plane crash in 1972.” Whether or not Killing was ever meant to sound so clean or if that messiness was part of its charm, and no matter which side you fall on the loudness wars, the spirit of Megadeth’s debut studio album has been preserved. One hopes this is as truly “final” as the subtitle implies and Mustaine can rest satisfied with this mix that includes several bonus live tracks and demos. 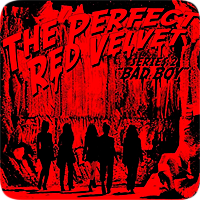 Red Velvet: The Perfect Red Velvet – The 2nd Album Repackage [2017]
The Perfect Red was an appears Top Ten Album last year, and like most K-pop albums, quickly received a re-release two months later to make a couple of extra bucks with the addition of new songs “Bad Boy,” and “All Right.” But just because the new songs and hyperbolic title don’t do much to enhance an already seamless record, you shouldn’t pass up the opportunity to enjoy this K-pop gem all over again.

Alan Menken: Walt Disney Records The Legacy Collection: Beauty and the Beast [1991]
Walt Disney’s Legacy Collection had been re-releasing soundtracks on an anniversary schedule, but have slowed down considerably since 2015, with only one release in 2017 and one for 2018, this gorgeously reproduced 2-disk edition of the 1991 film soundtrack to Beauty and the Beast. Unlike the 2001 special edition, this one also includes previously unreleased material and demos from masterminds Alan Menken and Howard Ashman that provide a window into how subtle changes in lyrics, vocalists, and tempos can change a piece entirely. I’m not sure how “remastered” these tracks are, since many of them don’t sound too much different than those included on the 2001 edition, (though I am assured by experts more knowledgeable than me, that it is indeed much better) all of the original cues remain as sumptuous and sweeping as they first appeared, and anyone familiar with the film can clearly envisage the visuals with the album’s chronological track-sequencing. While Beauty and the Beast is not my personal favorite Menken/Disney soundtrack, it is without a doubt one of the finest, most timeless pieces of music set to a Disney film ever, and can now be fully appreciated with additional liner notes, nicely thick packaging, and stunning gouache artwork by Lorelay Bove that mimics that of the great Retta Scott Worcester. Aladdin next? 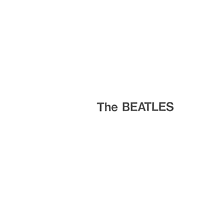 The Beatles: The Beatles [1968]
There is no new ground to cover here, considering this is one of the most iconic rock albums of all time, famous not just for its music but for the story of a legendary band on its last legs. Cracks and all, this album is track-for-track the definitive distillation of two of the Western world’s best songwriters, and their equally talented friends (what were their names again?). This 50th anniversary remaster, a further expansion of the Beatles’ 2009 re-release series, comes in several iterations with varying degrees of bonus material that will leave fans occupied for weeks.

Alan Silvestri: The Mummy Returns (Original Motion Picture Soundtrack) [2001]
Intrada continues to do the Lord’s work with their remastering of the action-adventure saga The Mummy Returns, starring Brendan Fraser and Rachel Weisz, the sequel to The Mummy. While Jerry Goldsmith laid fine groundwork with the original (also remastered by Intrada this year), Silvestri’s score really gives a sense of power, with varying tempos, obligatory swelling violins, and rollicking percussion, working within the film’s very smart ode to classic action-adventure films like Raiders of the Lost Ark. Silvestri’s work is in its own league, and though opinions on this will vary, his continuation and expansion of Goldsmith’s score is, in a sense, closer in spirit to the thematic elements of the swashbuckling visuals. Both soundtracks were remastered from the original sessions, and include bonus material left out on the hasty original releases.

BAND-MAID: MAID IN JAPAN [2014]
MAID IN JAPAN is the J-rock group’s debut album that made all the impact of a forcefully lobbed cotton ball. Due to the limited press of its initial run, the album sold out quickly, leaving a legion of new fans without access to it. The album was re-released in new packaging this year alongside their new album WORLD DOMINATION. This coincided release really emphasized how much the band has evolved and grown in as little as four years, with the sophistication and ease of WD contrasting nicely with the simpler, but no less passionate MIJ. It’s a nice little time capsule of a band on the verge of figuring out just what kind of band they wanted to be.

Iron Maiden: The Number of the Beast [1982]
Iron Maiden are going a second round with remasters, the first being in 1998 (although these digital remasters are the same as those available on the vinyl editions released in 2015). For all the purists who hated the edits of the 1998 versions, these have preserved the mixes of the original vinyl releases. So far, their first four albums have been released, and you can take your pick at any one of these foundational NWOBHM releases, though I’m partial to The Number of the Beast, which includes the band’s first appearance with Bruce Dickinson on vocals, and a personal favorite song. Though there’s no new bonus material here (unless you’re into Eddie figurines), it’s never a bad time to get a louder Maiden CD into your collection.