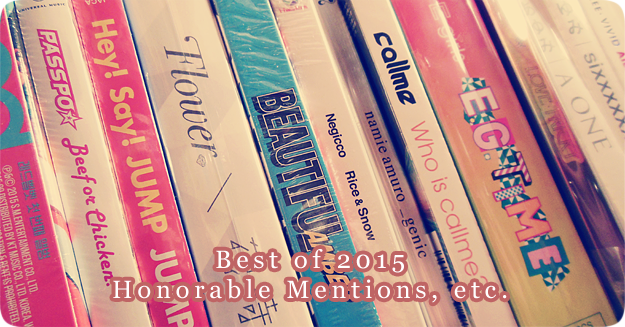 In a world where the success of female Brits masquerading under corporate names rests on something as timeless as the ability to portray struggling relationships, it’s still hard not to draw similar debuts into comparisons to the two best examples: the Mercury Award nominees Florence and the Machine and Bat for Lashes. But at least you know this much: as of right now, Pitchfork has yet to mention Marina and the Diamonds at all, so you’re either one step ahead or hopelessly unhip. This is not to say Marina and the Diamonds isn’t relevant – quite the opposite (do people even still regard Pitchfork as a gold standard?). The Singles Jukebox has both lovingly cradled and shamelessly hacked her lead-in singles, while one memorable review quips, “It’s hard to shake the feeling that Marina would be a more sympathetic vocalist, protagonist, storyteller – anything – if she didn’t sing as if she had large weights attached to her bottom lip.” Wait, that’s a bad thing?

But where Welch and Khan defy the overwhelming irony of hipster credo to offer very sincere, very open thoughts on the human experience, Diamandis reaches for the Haus of Gaga absurdism stars, taking the abundance of thrashing piano chords and vocal gymnastics to Cirque du Soleil proportions that channel sometimes ABBA (“Shampain”), sometimes Betty Hutton (“Girls”). Like the former, Diamandis takes the spirit of Broadway to craft mostly overdone polemics on sexism and old-fashioned Americana with an equal attention to the themes of obsession and vulnerability that spring up as often as one-note chorus lines accompanied by their rhythmic piano equivalents. These verbal tantrums are tempered by the album’s devotion to somewhat inconsistent ballads that investigate the core of emotionless jerks (in which “I Am Not a Robot” becomes an affront to her presumed indifference) to the lows of self-isolation (in which “Numb” becomes a confession of her complete apathy). Still, the opening track sets the listener up for the upcoming hypocrisies: “It’s my problem if I feel the need to hide / and it’s my problem if I have no friends and feel I want to die,” eventually morphs into what is seemingly the heart of the album’s road to self-actualization: “I know exactly what I want and who I want to be / I know exactly why I walk and talk like a machine.” The fact that everything in between doesn’t exactly add up is irrelevant, particularly when the revelations are made with the caveat of a “self-fulfilled prophecy.”

Those looking for more than just a trip through some wacky hyperbole and gigantic metaphors will still be satisfied by the abundance of zinging choruses and piano chords (have I mentioned the piano yet? I don’t think I did – piano, piano, piano). Girls may not be meant to fight dirty, but Diamandis can’t help that her bark is just as bad as her bite; we wouldn’t want it any other way.