Before the term “EDM” entered the mainstream, dance music has been an omnipresent fixture on the pop music panorama, ranging from Perfume precursors Candies and Triangle, to Yu Hayami’s transformation into an italo disco darling and up into the late 90s and early 00s, where house culture made its heavy crawl outside the club and onto the radio, becoming a Top 40 standard. But pop music is no stranger to the accusations of appropriation and it doesn’t take a Deadmau5-fueled rant on the cover of a mainstream magazine to complain about the mainstreaming of dance music to wonder what will happen when the fad cashes enough checks to move onto the next curiosity. 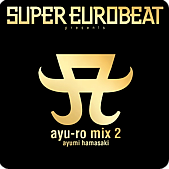 Japan had its own EDM mainstreaming in the late 90s and early 00s, when the import of trance music reached its eventual zenith, leaving behind a number of co-ed pop groups scrambling for relevance. In the 1990s, the mix-and-match of Shibuya-kei, a type of sound that embraced Continental retro-futurist styles, gained traction at the same time rising-star record label Avex Trax took one look at club culture and saw massive yen signs. While pushing their pop stars towards the then-popular freestyle genre, itself a kind of heir to italo disco, sub-label Rhythm Republic was established in 1994 to focus exclusively on dance music, beginning with the “SUPER EUROBEAT” series (that same year, they opened the nightclub Velfarre, one of the many hotspots Ayumi Hamasaki used to fritter away her teen years before being signed to the record label — to set the scene, she mentions German eurodancers Real McCoy receiving huge play).

While the name itself implies origins outside of Asia — and indeed, the sound itself was imported from Britian — the genre itself is mostly unique to Japan. Best described as a combination of house, happy hardcore, and Hi-NRG, the sound features lightening-fast BPM, electric guitars, and dizzying synths played on fast-forward. While the genre enjoyed its own unique labels and artists (a few J-pop groups included Two-Mix, Folder 5 and HINOI TEAM), the mass following of the series eventually found its way onto the reportoire of the label’s pop artists like Namie Amuro and her former backup dancers MAX. In the late 90s, it reached an even wider audience when artists received special remix compilations done in the style. By the time Ayumi Hamasaki was on the label, she received the deluxe “SUPER EUROBEAT” treatment herself.

One of the figures behind these developments was Tetsuya Komuro, who was then a music producer at Avex. If Yasutaka Nakata is credited as the modern-day genius who bridged the gap between Shibuya-kei and electro house, essentially bringing it to a Japanese audience, Tetsuya Komuro was the 90s equivalent to a much higher degree. In the mid-90s, Komuro abandoned his band TM Network to focus on producing a handful of other artists under the Avex Trax label, including Ami Suzuki (whose carer was later resurrected after collaborating with a roster of the most famous Japanese house producers, including RAM RIDER, STUDIO APARTMENT, and the aforementioned Yasutaka Nakata, who produced her album Supreme Show in its entirety). Instead of the pop music that constituted his new project globe, he was keen on exploring conventional dance narratives for the label. But globe (much like Nakata’s capsule) soon became Komuro’s creative and experimental outlet, eventually changing its style to reflect his newest obsession: trance.

Trance music originated in the 90s as a jumbled mess of house, techno, and classical music before its German roots took hold in Scandinavian countries and received the ultimate makeover. While the original style sounds very little like its modern day evolution, by the time godfathers Armin van Buuren and Ferry Corsten got their hands on it, trance music was ripe for entering the consciousness of an above-ground audience. While the sound still remained firmly underground for several years, Komuro was determined to be the face of Japan’s trance chapter. At the genre’s stylistic peak at the onset of the new millennium, van Buuren, Corsten, and groups like Above & Beyond, Marc et Claude, and Svenson & Gielen were commissioned to remix Avex artists like Ayumi Hamasaki and Every Little Thing under “SUPER EUROBEATS”‘s sister series “Cyber TRANCE.” 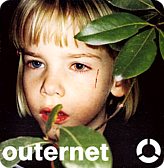 With globe, Komuro began releasing epically winding trance-inspired pop singles culminating in outernet, the group’s first true dance album and first spectacular bomb on the charts. Instead of taking a different approach, Komuro pressed forward, releasing fearless trance-pop songs like “try this shoot” that utilized the genre’s predilection for airy female vocals. However, unlike the traditional breakdowns of a trance song, Komuro fit the music into conventional pop structures and maintained his resident MC. He was also big on taking advantage of the maxi-single format to feature his own extended trance mixes that spanned 13+ minutes. In fact, the single’s move from the then-popular 3″ format allowed more space for karaoke versions and remixes, a trend that artists everywhere began taking advantage of. Before long it became impossible for even visual-kei bands like Dir en grey to forgo a remixed track of some blood-curdling song about death and dying — or else release whole remix albums (a couple era-defining remix albums at this time that employed the forgotten practice of wacky remix names like “Free Food Free Drink Mix” and “You’re Damm Touchable K-Mix” before DJ self-promotion became the norm: Tomoe Shinohara’s DEEP SOUND CHANNEL and T.M.Revolution’s DISCORdanza).

Of course, no one took as much advantage of the maxi-single format as Ayumi Hamasaki: from 1999’s Boys & Girls to 2002’s Daybreak, Hamasaki’s singles contained anywhere up to nine remixes from both domestic and foreign DJs, including Fantastic Plastic Machine, Izumi”D•M•X”Miyazaki, Junior Vasquez, and Hex Hector. While Hamasaki eventually dropped the maxi-single format, the “ayu-mi-x” series lives on to the present day, often including many of the same music producers alongside veterans. Nonetheless, it was her collaboration with trance artists like Above & Beyond (for single “M”) and Ferry Corsten (for “WHATEVER” and later on album I am… for “connected“) that eventually opened the doorway to recognition in Europe.

While Hamasaki represented a broad range of dance styles including trance, from minimal house to drum n’ bass, other artists took the globe route and attempted crafting their own trance makeovers. Label mates move, also featuring a co-ed group of two men and a lead female vocal, ditched their more eurodance sound to find a more trance-inspired influence on singles like 2001’s “FLY ME SO HIGH” and “come together“, resulting in album SYNERGY, which managed to chart at #10 on the Oricon. In addition, they also lent their songs to DJs like D-Z and 83key for their own numerous remix compilations in trance and eurobeat styles. In fact, the first few years of the 00s were turning out to be Japanese trance-pop’s most commodifying year, reaching an absurd peak in 2002 when former X Japan drummer and metal enthusiast Yoshiki joined globe, released a compilation of self-gratifying X Japan trance remixes (Trance X), and a charity compilation album for the 9/11 attacks entitled song+nation received a sprawling 2-disc trance makeover (song+nation 2 trance), peppered with Komuro’s own original material.

Then, in an astoundingly short period of time, globe’s albums dropped rapidly in sales until they ceased releasing altogether, move lost a member and began recording under the name m.o.v.e., Ayumi Hamasaki made a brief appearance at a Japanese Above & Beyond show before deciding she would no longer sing flighty, easily remixed pop songs, and Yasutaka Nakata’s group capsule made the softer sound of trance seem quaint next to his compressed, chunky electro-house sound.

While trance has continued to evolve and flourish in other countries, its brief moment in the Japanese pop forefront has diminished, save for a remix on a AAA single here and a compilation there. Today, trance maintains a steady fan base, growing both in sound and popularity in the West, particularly North America, where artists like Armin van Buuren, Ferry Corsten, and Above & Beyond still record and draw large crowds. Whether or not trance in its pure form will ever be as popular as some of the other genres now falling under the brilliant marketing term “EDM,” its rise and fall atop Japan’s pop scene in the early 00s and its unceasing ability to move forward predicts a healthy future, even after its one-shot DJs and bandwagon enthusiasts leave it for newer horizons.