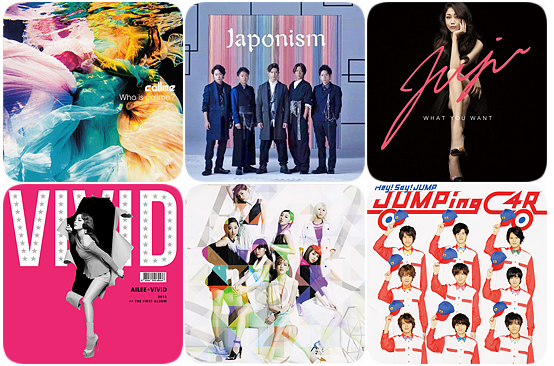 I put the ol’ iRiver on shuffle and post the first five songs that come up.

Hilary Duff – With Love (Richard Vission’s Big Room Edit): With a single release comes plenty of club remixes and as such, there have been plenty of remixes of Duff’s latest “With Love” hitting the airwaves. Richard Vission is a pretty big name in the remixsphere and probably up there with H/\L, Laugh & Peace, Above & Beyond, and Tommie Sunshine in terms of my favorite DJs and quality remixes. This is the shorter edit version and very upbeat, although it lacks the punch that the original song achieves, as well as the uniqueness of other remixes (I’m thinking DJ Laszlo’s version, which I highly recommend).

ABBA – The Day Before You Came: Ahh ABBA. How I listened to you a many, many time growing up. My mother was a huge ABBA/Saturday Night Fever fan, and unfortunately, instead of becoming completely disenchanted and annoyed with the disco-pop group, I ended up, like, really liking them. Go figure. This is one of their slower songs with a funkier groove then the frivolous boppity-bop the group is known for (I’m going to pretend I didn’t just use the word boppity-bop).

Hellogoodbye – Shimmy Shimmy Quarter Turn: This is from The Parachute EP. Definetly not one of my favorite Helloogoodbye tracks.

Cph Jet – Just Can’t Get Enough: A cover of Depeche Mode’s classicaly 80’s synth pop number. It’s strongly electronic, but that’s about one of the only differences between the original; you’ll probably recognize the song right away after hearing the first four notes. The lyrics, however, are, for the most part, spoken instead of sung, by a female vocalist in a computerized sort of way which takes it about four steps too far into electronic for me. I’ll stick with the original.

Bon Jovi – Wanted Dead or Alive: I can’t even listen to this song without thinking of Bon Jovi’s sketch on Saturday Night Live featuring the DeMarco Brothers with Chris Parnell and Chris Kattan. God, I wish that was up on YouTube. Yes, I know that tells you nothing about this song, but honestly, pretty much everyone is familiar with this song on some level or other.

I almost feel like posting a disclaimer first, something that might save me embarrassment and humiliation upon even deigning to write this, something along the lines of: I do not usually listen to music like this or, I realize this is very sad, or else, I usually have pretty good music taste, I just slipped because, you know, apparently it’s like, totally un-cool to listen to mainstream music now. Either way, it has to be said: Hilary Duff’s new album is not bad. And by not bad, I mean, pretty good. What I think made this CD so likable, besides several factors like production and the ever scientific catchy chorus factor, is that it seems Duff is finally embracing her hip pop side and has totally, if not completely (and finally), given up on trying to be a “rock star.” But Dignity, by employing mostly electronic and computer generated instruments along with the maybe 40% makeup of organic instruments finally flows and fits her vocal niche; while still retaining light, painstakingly feminine vocals with an almost utter disregard for emotive passion, the range finally goes hand in hand with the unnatural percussions and sporadic synth bleeps.

Unlike her previous albums, with songs dedicated toward the tween audience composing the bulk of material, Duff has managed to align her new sophisticated and angular, grown-up cheekbones with the biting and sometimes cutting anger and “you can dance” (props for the Madonna reference) nature of the upper teen audience, making an album more accessible to fans who have grown up with her and no longer find The Lizzie McGuire Movie an apt nominee for an Oscar.

The album opens strongly with “Stranger,” an upbeat and catchy number that illustrates the workings of a typical pop number but with an edge: the guitar riff and the fact that Duff is singing it and it’s still good. Other standout tracks include “With Love,” the second single released for the album, an upbeat dance number of almost club-like proportions, and of course, “Gypsy Woman,” probably the best song on the entire CD, alluding to, perhaps, a certain ex-boyfriend and his certain new girlfriend; either way, the Middle Eastern vibe and hip hop composition sit well, if not fantastically, with me, although I will probably deny this later (along with Fergie’s “Glamorous,” and believe I’m wincing while I admit this). What’s also noticeable about the album is that there are no brief interludes where Duff takes us on an epically bad ballad or acoustically sedate journey; it really is a get-up-and-go album and although there are still brief references to her pseudo-rock girl phase as in “Happy,” a song written earlier in her career and rehashed for album immortalization, it doesn’t detract from the overall coherency of the album.

One of the downsides to the album is that the tracks unfortunately begin to lag in the second half of the CD. It seems most of the show-stopping numbers were thrust into the first half to engage the listener, leaving behind a lackluster finish and I find myself mostly fiddling with the first six or seven tracks whenever I pop in the album, but admittedly, they are the tracks that make the CD so great, so what’s the harm in that?