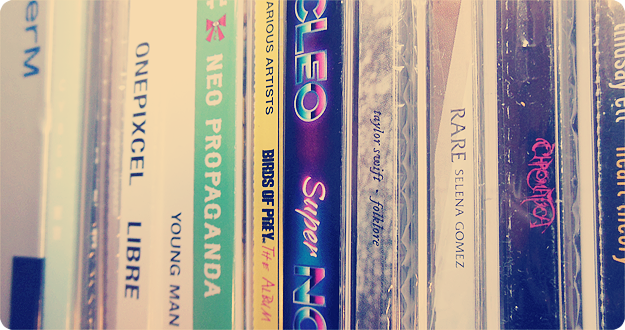 It’s easy to spot a bad album — with music so devoid of effort, or so enamored with how great it is that it forgets to be good at all, or so earnest that it falls into parody — that it’s hardly fun to pick one out. Most of us will never bother getting all the way through these albums, as the first five or ten minutes renders them completely un-listenable, and anyway, there’s nothing interesting or worth saying about a truly awful record, and the less time spent acknowledging its existence, the better.

In fact, there are worse things out there in the music world, one of those things being an album you really set your heart on loving, heard wonderful things about, or were hyped into a preconceived notion of what you were going to get only to be dead wrong. These disappointments linger far after they have stunned, leaving wounds that sting weeks later because they force us to fundamentally alter the way we have expected a new favorite to sound, or relied upon on an old standby to come through. It might be the way it signals a shift in that artist’s career, foreshadows the end, or hammers the final nail in a coffin you can no longer make excuses for. In the best-case scenario, these might just be growers, or albums that require a different mindset or life stage than the one you’re in. In the worst-case, they are just dead ends in and of themselves, catastrophically and forever irredeemable.

Here are ten albums that dashed my hopes the most this year, listed in chronological order. Will any of these be growers? Only time can tell. 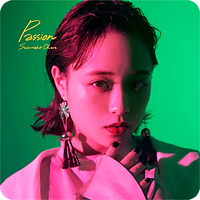 Sakurako Ohara’s career started out strong, with two solid albums of casual, mid-tempo J-pop jams in 2015 and 2016. In 2018, she released a slightly less solid, but still enjoyable album that has been followed up by this completely unenthusiastic, limp set of pop standards. With a greatest hits collection that seems to have drawn a line over the inspirational half of her music career, it’s hard to muster any enthusiasm for what looks to be a slow decline into formulaic obscurity.

[#] was the first comeback from one of the best K-pop roll outs in recent memory. The prolonged, dramatic reveal of members through solo singles and social media hype culminated in two mini-albums, and one collection that successfully illustrated and topped years of mystery, talent, and anticipation. But [#], and to a lesser extent, it’s sister EP [12:00], has the girl group following in the footsteps of many go-big-or-go-home groups choosing to compete directly with BLACKPINK rather than their own back catalog. Generic BLACKPINK is as boring as it sounds when ten other groups are trying the same thing, and robbed this group of the unique narrative arc we all deserved.

Boombox Eternal, sold as a love letter to 90’s new jack swing, missed a prime opportunity to be at the forefront of an as yet unexplored genre to rely on word of mouth rather than delivery. Weak hooks and lack of direction bog down this record with hints of what could have been, never delivering on its tantalizing promise. I wasn’t expecting Jimmy Jam and Terry Lewis, but when Hangin’ Tough-NKOTB surpasses your best intentions, it might be time to regroup. This could have been so good, and I hope this isn’t the last we’ve seen of the genre’s resurrection here in the West.

My soft spot for SM Entertainment leads me to make a lot of excuses for the label’s choices, including questionable decisions regarding prime girl groups like f(x), or who gets awarded solo EPs, but even I can’t spin MONSTER into anything more than a musical placeholder, one that in the hindsight of emerging drama, throws the future of Red Velvet into even starker question. It would be a real shame if this is the final impression we get of one of the best and most reliable things SM had going in many years.

Momoiro Clover Z-member Ayaka Sasaki is one of the first of the famed idol group to go solo, and expectations were big for a project lead by one of Japan’s most innovative and interesting idol groups. Unfortunately, A-rin Assort relies on torpid idol maxims for the bulk of its run time, never daring to lift the lid off of a human personality to reveal an iota of the person behind the persona. It’s idol oblivion done to death, rendering the point of a solo verklempt: from production to melody, there’s nothing here that wouldn’t be better served in the hands of Team Momoclo. 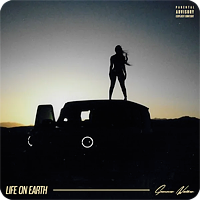 At the beginning of the year, I couldn’t get enough of the type of slow, 90’s R&B-pop that was making the rounds from Kehlani to Tink’s Hopeless Romantic, to Summer Walker’s own full-length debut. Half a year removed, and several dozen more of these EPs and albums later, my warmth for the genre has cooled considerably. Perhaps it’s just timing that is working against Walker’s follow-up, but it takes more than B-side-quality material to stand out in one of the year’s now most over-exposed styles. 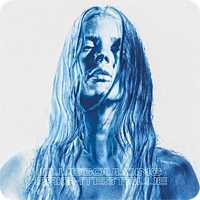 These are the last breaths I can muster over an artist once destined for mega-pop-music fame. Something tragic seems to have happened between the Max Martin-heavy Delirium of 2015, and the singles, collabs, and questionable turns of direction that has lead us to Brightest Blue, an album where more attention and detail seems to have been put into the physical packaging than the music itself. Even Joseph Kearns can’t raise this sunk ship. 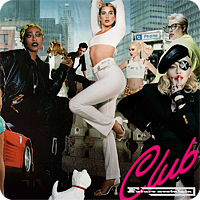 Remix albums can bring old material into fresh light, or they can be self-indulgent marketing tools. I’m inclined toward the latter on this remixed take on the insta-classic Future Nostalgia, produced by The Blessed Madonna. The “club” portion of the title promises nothing already gained on the original, while the kitchen-sink mash-ups seem less curated than desperately frantic, relying less on a genuine vibe than on name-checks as impressive as Gen Hoshino, Jacques Lu Cont, and Madonna herself, and obscure, hip-crowd-approved samples designed less for dancing than status building. This could have been an actual nostalgia-inducing nod to 90s club music in the same aesthetic as Dua Lipa’s entire look in this promotional era, but for anything resembling music you an actually dance to, I’ll take the original.

It’s no surprise that the hype around Katy Perry this year has focused more on the 15th anniversary of Teenage Dream and the birth of her first child than on her first album in three years. As one of the biggest pop stars of her time, thanks in no small part to the success of Teenage Dream, it is vertigo-inducing to see how far and how fast Perry has lost the musical thread. I wouldn’t call Smile a horrible album, but it lacks almost everything I look for in an album from a pop superstar, not least of which is genuine enthusiasm for her material. I’m not sure where Perry intends to go after Witness, and then something as bemusing as this hodgepodge of unremarkable songs, but it would have to be near supernatural to get this career kicking again.

TXT(TOMORROW x TOGETHER) had one of the best debuts of the year in 2019, and a serviceable follow-up in the very BTS-like third part of their Dream Chapter. Hopefully, this bewilderingly dull “minisode” is just that, a mere tiny, ever brief blip on the K-pop radar, and not a sign that the group is a one-trick pony, incapable of doing anything more than methodically adding the same kind of fuel to a fire that’s slowly losing its distinctive, incandescent glow.