The debut category is one of the most fun of the year, a chance to celebrate what riches may lay ahead in the future. While these albums and EPs may not be perfect, they can stop you in your tracks, spark intrigue, and tantalize with the promise of everything yet to come. While some may never make good on these promises, it’s the optimism that keeps me coming back to this category each year with necessary delight, an optimism we could all use now more than ever now. In chronological order, here are some of this year’s best debut music releases that, along with the vaccines, makes the future worth holding out for. (Note: Some of these blurbs interpolate pieces from previous notes posted earlier on this site.)

The EXILE franchise continued to expand in 2020 with the addition of FANTASTICS from EXILE TRIBE even as other branches were were lopped off entirely. The group released four notable singles over the course of 2019, culminating in a previously-heard-material heavy debut album, released in February. FANTASTICS are like the dancier, poppier, gentler cousin to GENERATIONS, with an emphasis on dance over hip-hop, and it all goes down as smoothly as some of the more Western Hey! Say! JUMP cuts. FANTASTIC 9 needed some serious trimming, but which hopefully stems more from an over-eagerness than lack of direction — the former can be harnessed, the latter can pull you under quicksand fast. Since this album, the group has released a few more singles, with “High Fever” in particular a stand out, all boding well for the future of this particular J-pop boy band. 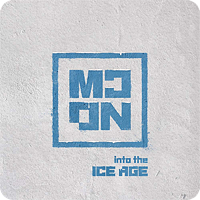 We all lived on an entirely different planet back in February, one where the terrain of upcoming K-pop debuts felt wide and expansive. At that stage, a group like MCND felt like just another drop in the debut ocean, yet over time, as the number of debuts were culled, or folded from financial strain, MCND stood out more for its relative unique position, rather than genuine potential. Despite a lackluster followup that relied too heavily on their “element” gimmick over creating a stand-out hit, “ICE AGE” remains one of my favorite debut singles of the year, with a particularly good pre-chorus. It’s hard to see anything dramatic coming of this group, but MCND offer a pleasantly nostalgic look back at the state of the generous, forgiving, and hopeful mind we could all afford to be in ten months ago.

So Sweet Dolce might rely a bit too heavily on its predecessors, from Aya Uchida to Yui Ogura, but its commitment to a (somewhat hackneyed) concept and relentlessly upbeat personality made this album a welcome distraction in the spring. While the album trades in a sound as expendable and nutritionally deficient as its thematic content, I’d argue that its sincerity and commitment give it some lee-way: junk food never promises anything more than a pleasing and evanescent mouth-feel and delicious sugar rush, followed by a crash that leaves the consumer lethargic and unsatisfied. On that front, this album comes fresh out of Wonka’s factory, perhaps all the better to keep it so short and so sweet. Suwa has since released a follow-up EP in November tha,t while scaling down my personal expectations, does portend a successful career in fresh-faced, anison idol-dom.

In a K-pop world where nearly every girl and boy group have fallen prey to BTS/BLANKPINK-syndrome (a terminal condition presenting with symptoms of similarity and pandering, with a fierce, almost desperate sense of competitiveness), including such venerable institutions as SM Entertainment, it was nice to see a group that went for a completely different approach, instead tailoring their sound to airy Japanese idol-pop. Though technically a “pre-debut,” this EP containing four songs has grown on me more slowly, but firmly, than any other debut this year, with its unbridled joy and warm-pancakes positivity. Their Japan-side buzz promises more of the same and I hold out hope that the group doesn’t capitulate to pressure to compete on a world-stage by diluting what makes them so great.

I’m not completely sold on this debut album, but I have to admit its place in 2020 as a stand-out is nearly unparalleled. For example, YUKIKA’s commitment to city pop could do with a bit more consistency on the production side. Soul Yeoja leads with its jazzy, laid-back singles like “SOUL LADY” and the glimmering “NEON 1989,” giving every indication of a proto-Korean Dance for Philosophy before devolving into standard K-pop. Take “Yesterday” or “Day for Love,” which go for the bare minimum in vintage before “pit-a-pet,” an adorable homage to puppy love, boasts all the familiar tropes found on a standard GFRIEND or OH MY GIRL albums. Still, the potential for YUKIKA to transcend easy familiarity is high, and if Soul Yeoja is just the first in a line of skillful homages, it deserves credit for whetting appetites hungry for something different, even if city pop, in general, is as far from “different” as we can get a decade into the existence of Bandcamp.

While Axa Max lacks the quirky magnetism of The Fame-era Lady Gaga, she projects the same intrepid effort on her debut full-length Heaven & Hell. The basic Euro-pop foundations lend a steady purpose to an extended run of music, a stepping stone path of a track list that wraps up an almost 3-year block of fun, but indistinguishable singles. It’s not the best representation of what a major label like Atlantic can offer, but there’s raw material within Ava Max, one that hasn’t yet been tapped by truly innovative pop, the kind that gives songs an instantly recognizable personality. I would love to see what Ava Max can come up with with an A-list producer, and hope to see her get the chance to make magic in the years to come.

Dagny’s years in the trenches of pop music, writing for bigger artists with bigger budgets and bigger labels has paid off in her first full-length Strangers / Lovers. Collecting a handful of previously released singles, alongside new tracks, the album focuses less on fresh than fun, rooting itself in conventional dance-pop, while drawing upon little variety in production for a consistent, rather than diverse, palette of sounds. However, the songs emanate a deft skill and attention to detail crafted by an obviously seasoned hand. One hopes Dagny has finally proved she deserves more time and resources to devote to her own career.

My aversion to grunge is tempered by the intense nostalgia it provokes, one that beabadoobee has harnessed to success on her debut album Fake It Flowers. Combined with sometimes naive, heart-on-its-sleeve confessions, the album focuses less on wrapping up a tidy package than on the process, one that indulges in all the messy feelings and everyday cliches that make up honest human relationships. The sound, reliant on the aforementioned 90’s alternative and indie rock sound, suits this very candid and clearly cathartic debut album from a voice that will only benefit from more time and experience.

It’s time we all face the changing landscape and accept that TikTok is the new YouTube, brimming with undiscovered talent and up-and-coming chart toppers. As a succinct premonition, the debut EP The Passion from multi-talented Swedish singer Nova Miller exemplifies the riches we have to look forward to from some of the unlikeliest, and often derided sources. This EP is everything Strangers / Lovers could have been if it had managed a bit more luck in the catchy hook department. But we’ll be in for a real treat when Miller finally figures out how to incorporate and showcase her wide range, marking this as a true debut: one that teases rather than fully delivering.

Like Dagny, RAYE already has a history, giving her a leg-up on other debut albums, one that proves this distinction can get a bit murky and muddled when you’re trying to organize all the singles and collabs, and figure out what distinguishes an EP from a true full-length. I’m going with full-length here because there’s nothing that captures my attention faster than a throwaway 00s Eurodance sample, like RAYE incorporates into “Regardless,” her bouncy collab with Rudimental that references Nadia Ali’s iconic trill for iiO’s “Rapture.” Euphoric Sad Songs relies a a bit too heavily on this tongue-in-cheek homage to 90’s dance, but not without an endearing earnestness and genuine appreciation. I’m not sure if there’s a long career in this kind of largely niche sound, one that relies on a very of-the-moment retro callback, but it’s so fun, it’s hard to simply dismiss.