I guess this is the accidental no-boys-allowed edition which is a good time to ask where all the great K-pop boy bands went. With any luck, YG’s new group set to debut in August will be neither male equivalent-BLANKPINKs, nor the type of clones who take all their inspiration from BTS like most of the recent crop of boy bands (though with a title like THE FIRST STEP : CHAPTER ONE, it’s not looking good). I have listened to every major boy band release this year, from SF9 to to 1THE9 to AB6IX to ATEEZ and everything in between and can’t help wondering — when is SHINee coming back?

Despite cancelling her remaining tour dates, Ayumi Hamasaki has been working as always in 2020. In July, the singer released her first two digital singles of the year, the first an ode to her infant son whose existence she revealed in a surprise post on the first day of the New Year (sadly, my response was eerily prescient). “OHIA no Ki” debuted on the finale of the height-of-soap drama based loosely on her early career, Ai Subeki Hito ga Ite, starring Kalen Anzai and Shohei Miura. The song is typical of many Ayu ballads, and should come as no stylistic surprise with long-time producer Kazuhito Kikuchi at the helm. Kikuchi, who worked on past singles like “appears” and “HEAVEN,” hits all of his signature beats: soft pianos and swelling strings playing tag amidst a playground of leisurely vocals and an ascending major key chorus. It’s very pretty, but too similar to previous ballads to be anything more than another extremely competent, but rote, single. Its sweetest spot is the story, Ayu’s lyrics expressing the type of sentiments able to melt the freeze off the iciest cynic, sharing slices of the joy, fear, and relief that mark the firsts every parent experiences with a child. You really have to be a toad not to appreciate its charm, at least a bit. The second single, “Dreamed a Dream,” is the Tetsuya Komuro-penned comeback that fans have been waiting for. Komuro, busy spending the last few years lapping up nostalgia projects and taking liberties with words like “retirement,” took the time to produce this new single, which luckily has more teeth than his first contribution to the 46/48 franchise, a late-stage trf outtake, presumably. This is a very comfortable space for Ayumi, and like “OHIA no Ki,” it doesn’t add anything novel to the canon with its frenzied pace, thin guitar solo, and piano exit, but it’s nice to see jacket art that isn’t B&W or sepia-toned, and this year we really have to take any positives we can get.

While track records are never 100%, there are some labels you intrinsically expect to deliver great hits. SM Entertainment is up there in the Top 5 (or 3, as it were…): there are few records labels, let alone Korean ones, that have released more enjoyable groups and hit songs than this monolith, and when word started going round about a favorite group’s new sub-unit, I couldn’t help but prepare myself for new favorite songs. But, alas, never 100%. So where does Monster go wrong? This EP feels half-baked, a collection of B-sides and filler album tracks, like Red Velvet’s Velvet side without any of the mystery or understated cool. Its inability to be more like Red Velvet shouldn’t work against it, yet “Jelly,” the EP’s most RV-esque track, is its strongest and least mid-tier. This is the kind of disappointment that hits on two levels – dashed expectations, and abuse of an otherwise high-quality production. The lazy name of this sub-unit should have tipped me off, but old loyalties die hard.

A new album from Katy Perry was obvious considering how many singles she’s released since Witness. The real kicker here is that “Smile” is 100% okay. The mellow vibes of neither “Harleys in Hawaii” nor “Never Really Over” provided any clues as to where the Katy of Teenager Dream was hanging out these days, but at least they weren’t as insufferable as “Never Worn White,” with its very Beyonce-at-the VMAs reveal (that’s two pop titans taking cues from Queen Bey in the same column!) or as boring as “Daisies.” My expectations for Smile were immediately relegated somewhere to the basement, next to that new Hitomi Arai single, but this lead-single is decent enough to have piqued a very, very mild interest. The album cover had me hoping for a concept a little more along the lines of Chaplin’s “Smile” (I am going to be disappointed if it’s not sampled anywhere on the album) but the performance video is more of an undeveloped alternate-universe Joker, one where Arthur Fleck’s mental health is quite stable, actually, and his passion and talent for bringing laughter and joy to the world was acknowledged and rewarded accordingly, leading to a happy and fulfilling career and personal life. So, very mindful, enlightened, centered, me-time Katy Perry, ca. 2020! I’m not sure the world is ready to receive a record as earnest as this right now, nor does it seem to promise any retribution for the tiresome C-level hits we’ve been getting since, oh, “Wide Awake.” I’m happy for Katy, but I’m not exactly sure this hyper-positive me-time is meeting the moment.

Consistency is still a problem in K-pop. Look, of course it makes sense, from a money-making standpoint, to put all your resources into creating one hit single and culling the budget for album tracks that often exist for purposes of extra “content” rather than artistic continuity, but it’s harder to reconcile with the genre bait-and-switch that promises listeners something truly innovative, only to be a one-off. As far as I know, one of the few to really commit the whole way though was Wonder Girls. So YUKIKA’s Japanese city-pop angle is a revelation, a chance to truly give the industry something that’s maybe no longer fresh (not after almost a decade of Bandcamp tributes), but certainly different. Too bad it falls just short of committing all the way. Soul Yeoja leads with its jazzy, laid-back singles like “SOUL LADY” and the glimmering “NEON 1989,” the album giving every indication of a proto-Korean Dance for Philosophy before devolving into standard K-pop. Take “Yesterday” or “Day for Love,” which go for the bare minimum in vintage before “pit-a-pet,” an adorable homage to puppy love, boasts all the familiar tropes found on a standard GFRIEND or OH MY GIRL album. The songs themselves deserve little of the blame, for what is proving to be a lack of commitment on the production side. An album like Feel, that takes the less-traveled road of bravely ignoring the pressure to drop a traditional K-pop ballad, deserves every morsel of praise in its critical arsenal, but it’s hard to throw kudos to an album that chooses to play it safe when it’s clearly capable of taking it all the way. I like this album, and certainly appreciate what it’s doing the majority of the time, but I want to love it, and all I can do, now that YUKIKA is a full-length album in, is imagine the potential. 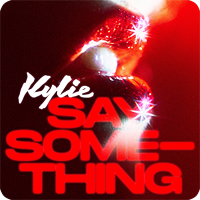 Anything longer than 24 months is too long without a Kylie Minogue album, especially when that last album was Golden. While it’s nice to see artists try something new, it’s always disappointing when those visions don’t quite work the way they might have been pictured in pre-production. So it was good news when late last year Kylie spoke to The Guardian about working on new music that would get her “back on the dancefloor,” hinting at “grown-up disco,” and dropping the tantalizing adjective “shimmery.” This month, we finally get a taste of what she was talking about when Minogue announced her new album, Spartanely, but hopefully not too tastefully, titled Disco. The album cover is a thousand word, 12-pt font, double-spaced essay to describe that genre’s campiness, but the lead single “Say Something,” is mostly silent on the subject. The short pop song is less Golden Age-Donna Summers and more Sally Shapiro minus inspiration. There’s still plenty of unheard content on the album to look forward to, but if it’s just more of this, it’d do better to drop the “grown-up” tag and commit to youthful hedonism. It’s greedy to expect two world-class revival records in the same year when we already got Jessie Ware’s What’s Your Pleasure?, especially when no one was expecting Minogue’s so soon, but you can’t dangle an album cover like that with Kylie Minogue’s name on it and not deliver 100% of the fun and cheese it implies. 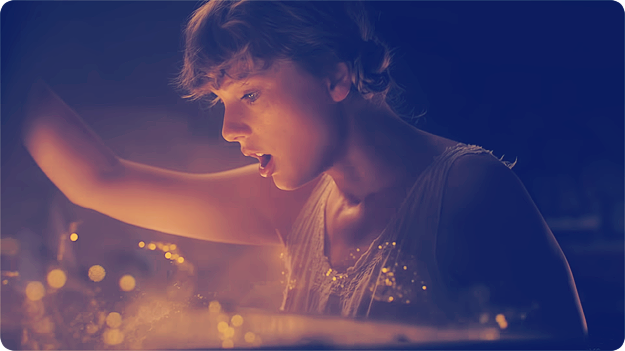 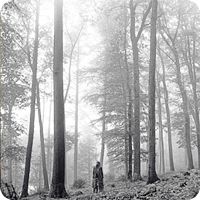 Who knew that seven years after Queen Bey dropped Beyonce to an unsuspecting nation always hungry for “content,” that surprise album-drops would be one of the defining moves of her legacy? While she may not have been the first to do so, “a release of this nature was unheard of from someone of Beyoncé’s magnitude,” and since then, pop stars from Ayumi Hamasaki to Ariana Grande have labored in secret, only to parachute in from seemingly nowhere with full-length albums. But in fact, at this time last year, when Swift was spending months hyping her newest album Lover, it was still one of the few things she hadn’t done. The element of surprise and capture just doesn’t fit Swift, who’s prone to elaborate teasers, extended to heighten anticipation with her audience. Incorporating hidden images, weaving clues in visuals, and even working seemingly innocent hints into interviews is how she operates. This kind of fan interaction takes lots of time and forethought, none of which were given in Swift’s first official out-of-nowhere album drop folklore, announced less than 24 hours before it hit streaming platforms (and a record sixteen different physical versions). The confirmed album artwork down through the list of producers and co-writers were maximized to prepare listeners for an understated album of slower, more acoustic numbers, an album very different from the niji-iro Lover (though it’s a shame that Swift is making the rookie mistake of equating black & white photography and lowercase lettering with maturity, and sophistication). Slower, more acoustic numbers were never my favorite Swift tracks, so I went in with low expectations and suffered no disappointment. It’s a fairly satisfying album to listen to, and gives fans some primo content to chew, but it’s re-play value is nearly non-existent for me. I’m on the cynical side of the fence here with Andrew Unterbreger, who points out that “[b]y releasing it overnight with what for her is an unprecedentedly minimal amount of build-up, she frees Folklore from all of these questions and expectations [that “would have marked something of a risk if rolled out like one of her previous albums.”] If fans love it and consume it like crazy, then great. If it gets a lukewarm response critically and/or commercially, then she can underplay it as a quarantine-released personal project, not subjected to the same standards as one of her ‘official’ albums — like a mixtape, basically.” Very, very smart move though Swift is still too big to fail completely, and the sound here isn’t radical enough from songs here and there to divide fans as, say, Gaga’s Joanne did. If anything, it’s a return to Swift’s story-telling and songwriting roots with all the maturity and technical experience that she has acquired over years of honing a skill that is as second nature to her as posting cat pictures. Many songs have the usual stylistic notes and flourishes of a Taylor Swift chorus, citing note changes and key shifts present throughout her previous albums that identify her as succinctly as a sticky thumbprint. I’m not completely immune to its rustic-chic charm, but I’m no fan of the National or Bon Iver sound, so my curiosity tapers here. That’s the drawback to surprise-albums: the anticipation is always, if not more than, half the fun, so as quickly as it arrives it can be forgotten, like the last twenty tumblr posts you just scrolled through, and the twenty after that.