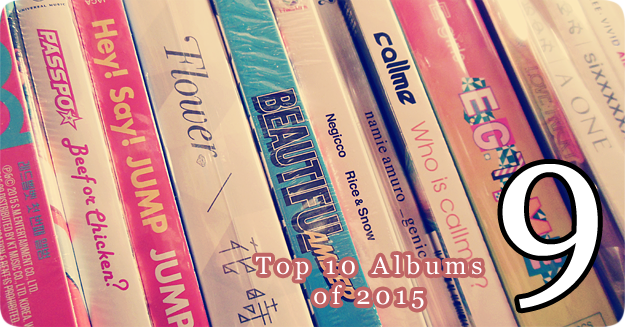 Ayumi Hamasaki: A ONE

“I felt the past me was “already gone”, but now I feel ‘She’s still here. For good or bad, I’m still the way I was.’ […] I feel this album taught me that I haven’t changed much since I created A Song for XX. My surroundings may have changed, but there’s still a part deep inside of me that thinks ‘People are born alone and will die alone.’ The people who related to songs like A Song for XX have changed as well over the years, that’s what I thought. But with this album, I feel like we can say ‘In the end, we’re still the same’ to each other.” Ayumi Hamasaki, 109 News

It has been more than ten years since one of Ayumi Hamasaki’s albums has landed in my best of the year list. Despite being one of my favorite recording artists of all time (maybe THE defining influence on my appreciation for Japanese pop music), her albums haven’t resonated with me since, truthfully, (miss)understood. But she’s remained a fascinating figure to watch develop, both personally and musically. Since her skyrocket to celebrity, she’s experimented with a wide palette of genres, even when those explorations haven’t proved successful (NEXT LEVEL, Colours) or noteworthy (Rock n’ Roll Circus, LOVE again). Love songs is the only recent album that sparked a bit of joy into her discography, thanks in large part to Tetsuya Komuro — to see these two perfectionists finally in the studio together is a Holy Grail moment in J-pop — even when her career tanked further during her Vegas-wedding and divorce. That’s when everything burst into flames: the poorly-received, scraped-together confessional, an ill-conceived rebound album (and boyfriend…which…), and the stretch for brand-name producers with capital EDM beats in a bid to remain relevant. Of this time in her life, Hamasaki recalls, “I feel like I was trying to run away from the biggest slipup [sic] in my life. ‘I’ve done something horrible’ — I couldn’t shake that feeling. And when I felt it would continue to shadow me my entire life, I just felt so pathethic [sic]. I felt ‘nothing makes sense no matter what I sing’ when making music.” It all but effectively burned her brand to the ground. Until atonement. Until A ONE.

Let’s assume for a moment that it’s not an L missing from that title, but a T. It’s penance, a musical redemption fit for a queen; royalty kneeling before us with all her weakness and vulnerability. The album’s track listing is stately, the songs almost all expansive ballads or power anthems, songs that fill first rooms, then stadiums, then quiet corners. Komuro and Hamasaki have managed to pull off an unlikely coupling of humility and bravado where once all we had was elaborate window-dressing: the pomp and flash of big hooks and bigger, more universal (read: generic) sentiments. There are still moments of intimate intensity, like fan favorite “The Show Must Go On,” but it’s not attention-seeking; it’s the honest statement of someone’s not always-pleasant reality. It’s the subtle ways we communicate the unspeakable truths of our every day. It’s the occasional detail that relieves us of shame, but with the grace that keeps our dignity intact. It’s the universal created by just the right personal reveals, a return to one’s “true core.” It’s the Ayumi I’ve known and loved, the album I’ve been waiting for over a decade to hear, a road map to the things she’s always been capable of if she could only remember what she’s fought to embrace – that everything she’s done was already enough.